“Rory Graham, AKA Rag’N’Bone Man, sure can sing. Denying such a fact would be like telling me the sky isn’t blue or the world is flat. And while you might be able to squeeze in these titbits as “alternative facts”, not even The Donald would disagree that Graham is probably Joe Cocker’s closest successor.

The singer has spent many years doing the rounds at open mic nights in Brighton in the UK and, despite his impressive vocals, he actually started out rapping with a strong drum ‘n bass influence.  After discovering that he did, indeed, have a very fine singing voice, Graham embarked on a slightly different musical journey.

On this debut album, it sounds like he is still finding where he sits musically. When his first single ‘Human’ was released it gained attention for its unusual mix of blues and hip-hop elements, and really launched his unmistakable growl upon the world.

There was something refreshing about how he mixed this old-school sound with modern beats. And the album is strongest when he keeps experimenting with that.

Tracks such as ‘Innocent Man’ and ‘Skin’ go some way towards maintaining his originality but the more mainstream ballads such as ‘Love You Any Less’ or ‘Grace’ push him into rom-com, soundtrack territory. 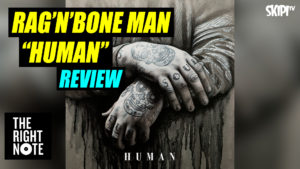 But Graham redeems himself on the modern blues/gospel sound of ‘Ego’ and is keen to leave the listener with his true soul on the powerful a capella track ‘Die Easy’.

There’s a lot to digest on this record if you can overlook the more mainstream elements. And I’m hopeful that Graham’s unconventional side will eventually win out over time.”